The power of sacrifice 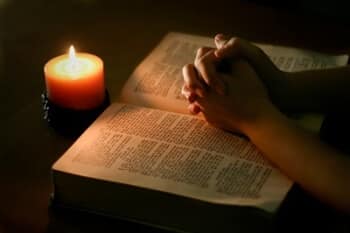 Life isn’t easy, and that’s a fact. All of us are constantly engaged in activities that are hard and difficult. Why do you do the job that you do? Why do you go through all the hardships that are associated with it? Why do you go to university and attend classes (or take classes)? These are really really difficult things. It is impossible to make a list of all the difficult things that you do every single day. The question is, why do you do those things? Why don’t you just sit down, smoke cigars, drink, be licentious, and engage in all the fun things that you like? What makes you voluntarily put the burden of all the difficult things on your shoulders and carry it? Why do you worry? Why don’t you just say “to hell with this! I’ll just enjoy myself”? All of us are like that. Although, from time to time, we complain about the hardships of life; but we carry the burden of those hardships around voluntarily. The question is, why? And that’s a serious question.

The answer to that question lies in the greatest discovery that we, as humans, have ever made. That’s the discovery of the idea of sacrifice. We have learned through the course of our evolution that we can delay gratification right now and have something of great value in the future. But the idea of sacrifice is actually deeper than that. It’s not merely about delaying gratification. Sacrifice is the idea that you can voluntarily accept suffering in the moment and reap the reward in the future. It’s the idea that you can let yourself suffer now in the pursuit of a higher goal. That’s why you go to university and attend classes. That’s not easy but you do it because you are sacrificing your present pleasure for a greater reward in the future. That’s the only plausible justification for why we let ourselves suffer. Otherwise, why suffer?! It’s not fun. We say to ourselves “It’s hard to do it but I’ll do it and reap the reward in the future.” We say “It’s hard but it’s worth it.” What do you mean by “it’s worth it?” You mean that the reward that you’ll receive in the future is worth the suffering that you are voluntarily accepting right now. And the reason for all of this is that we, as humans, have the ability to imagine and conceptualize the future. Animals, by and large, don’t. The future doesn’t exist right now, right? But we can imagine it and we are sure that it will come. This extraordinary ability of conceptualizing the future is the basic reason behind why we sacrifice. If we didn’t have this capacity for conceptualizing the future, we wouldn’t have an understanding of sacrifice and we would never become humans. Everything of value that exists in your life has come from sacrifice, in one form of another.

masterpiece in its own