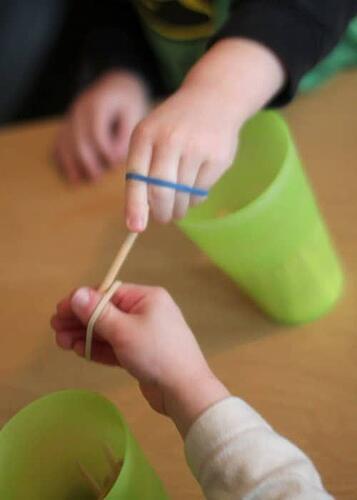 The carefree days of my childhood has left some beautiful and everlasting memories in my mind. Singing in front of mirror, chasing the tides along the shore and inventing and playing silly games during the warm sleepy afternoons.
One such game was ‘stretching the rubber band’. The aim of the game was to stretch the band long enough so it would not break, but then letting it go abruptly so so it would snap against the opponent’s skin. The thrill was to see who could avoid getting snapped.
As an adult today, I i realize how symbolic the ‘rubber band game’ was. If we imagine The band to be a bond between two people and then stretch it; the outcome would be unpleasant for the relationship. It could either snap and break, or hurt the other person and if both sides refuse to let go, the bond would become loose and sag. If we stretch things beyond their limits, they start to fray and really come back to their original forms. When life forces us to play the ‘rubber band’ game, it would be wise to not stretch the band too far.