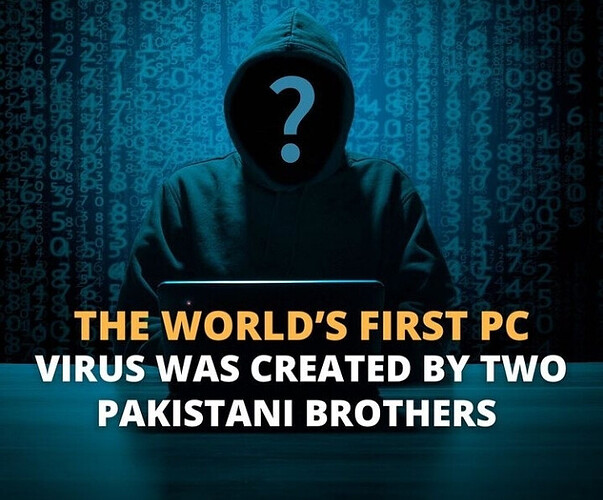 Brain," which was discovered in 1986 and targeted IBM PC platforms, was developed by Basit Farooq Alvi and Amjad Farooq Alvi.

The brain was the first virus to attack IBM PC platforms, having been discovered in 1986. (and, by extension, the MS-DOS operating system). It was also the first stealth virus since it used methods to mask its presence. The brain was created by two Pakistani brothers, Basit Farooq Alvi and Amjad Farooq Alvi, and infected a floppy disk’s boot area.

But why was it published in the first place? The Alvi brothers were running a computer store in Lahore, Pakistan when they found their customers passing around pirated copies of a computer program they had written. This prompted them to consider how they could teach a lesson to their customers, and thus Brain, also known as Pakistani Brain, was born.

The virus was developed solely to fix unauthorized copies of their software, according to a 2011 interview with security expert Mikko Hypponen. The virus’s code also contained the brothers’ names, phone numbers, and store address, in addition to a message warning users that they were running bootleg software. The virus, according to the brothers, was "not designed to kill any records."Instead, it was planned to ensure that users whose computers had been compromised as a result of using pirated software could get in touch with them for “vaccination.”

Nonetheless, they had not expected the first phone call to come from the United States, nor for the virus to spread to different areas of the globe.

Wow, this is so cool!

Great news we made virus lol