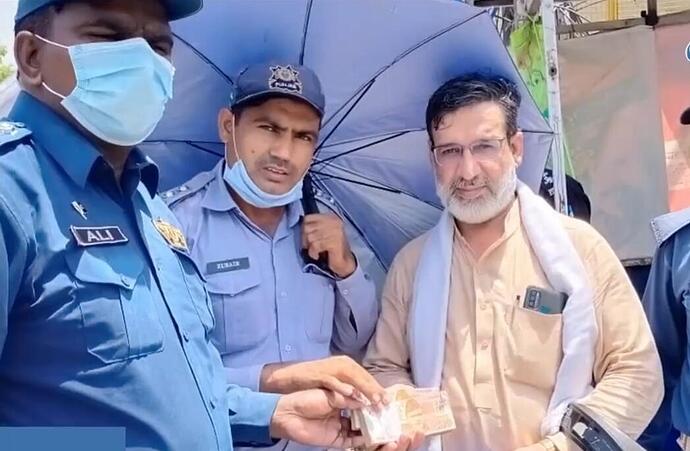 Honesty is the best policy it has been said, honest persons are the best persons it hasn’t been. It needs to be though, more and more, time after time again until they get the utmost respect they so rightfully deserve, for these persons with their honest principles save the troubled from misery, a misery so grand that could shatter their life like a glass pane into million shards.

Sardar Muhammad Khan, taking 10 lakh rupees, a mountainous amount for people of Pakistani middle-class, came face-to-face with aforementioned misery, when after traveling more than halfway towards his destination, he realized he had dropped the cash somewhere on route. An unfortunate thought like that was heart attack-inducing for him as hailing from a moderately wealthy background he couldn’t bear a loss this big under any circumstances. 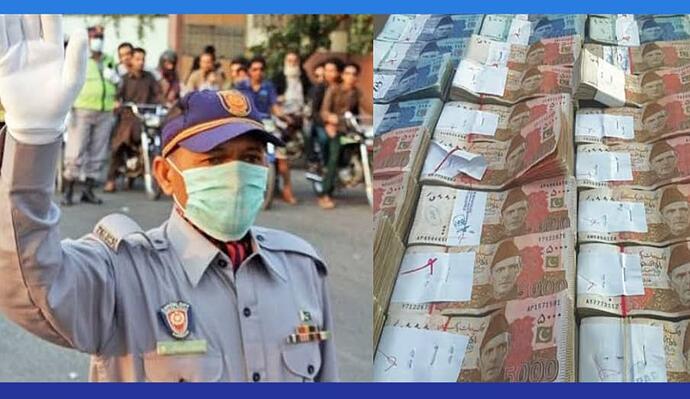 After a two-hour grueling search for missing amount in blazing hot Lahore weather, where the sun’s merciless heat burns anything it comes in contact with, Sardar Khan, completely devoid of hope, mentally preparing himself to accept his irreparable loss, came to traffic warden Muhammad Zubair and constable Subah-e-Sadiq doing their duty at Qadri Chowk and described his dilemma.

What the officers did in response was nothing short of angelic and no less than a miracle for the poor man in distress. They returned him his amount in full that Mr. Zubair had found lying on road, not missing a single dime, but also not without necessary verification first. 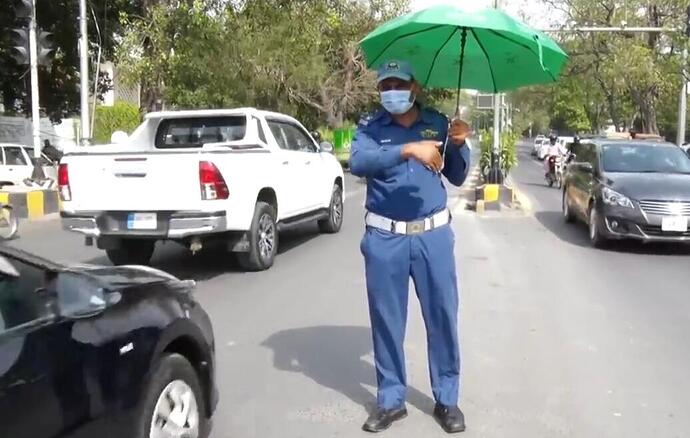 Upon having his lost treasure back, Sardar Khan cried and cried, with sheer joy and gratitude-filled emotions for his benefactors, saying nothing at all yet saying all, thanking his heroes in silence by the gratefulness, by the happiness that illuminated his face. Chief Traffic Officer Mr. Muntazir Mehdi applauded the exemplary honesty and honoured both wardens with certificate of appreciation.

Iqbal was right in his assessment when he said;

Only those people are truly good in the world

Who help others when they see them in need