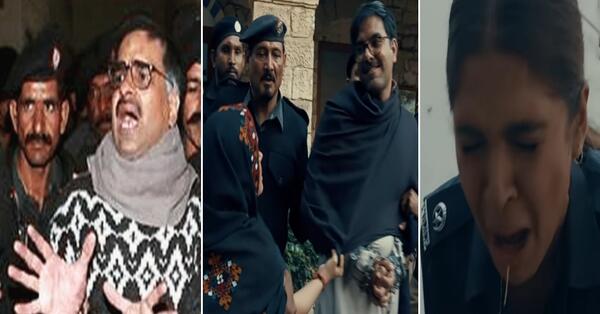 Javed Iqbal, the man synonymous with fear, whose reign of terror in late 90s bloodied the skies of Lahore with ruthless killings of street children. In Pakistan he is no less than a folktale monster except he is no folktale monster, he is real, as real as a nightmare can get. Despite his inhumanely gruesome crimes, he is a person of mass interest, and it’s not just morbid curiosity, it’s curiosity in general, fact remains the bleakest stories have deepest fascination factor.

Javed Iqbal’s urban legend-like story has been told many a time, becoming indisputably the most famous or shall I say… infamous real-life criminal account, but never adapted on silver screen visual entertainment despite its unparalleled infamy. That, however, is about to change, with notorious serial killer’s biopic all set to release domestically a day shy from Christmas, on 24th December. Its first and only trailer has also been released.

Moviegoers have been skeptical about this motion picture meeting expected quality / story / acting / screenplay standards of a well-crafted thriller drama after film’s director Abu Aleeha’s another much anticipated movie, Sheenogai, also inspired by true events (9th September 2020, Motorway Rape Case) failed horridly in every aforesaid department, it turned out to be amateurish at best. But surprisingly, Javed Iqbal: An Untold Story of a Serial Killer trailer pleasantly subverted negative expectations, it looked good in parts while decent as whole. 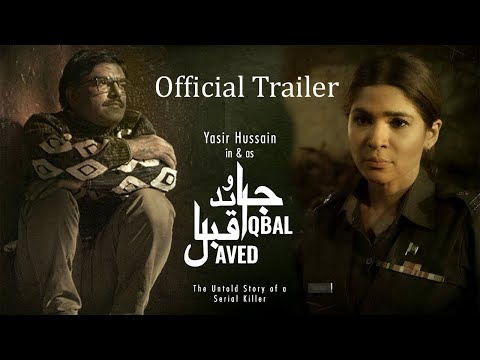 Submerged in bleak and grounded aesthetic of dreary, crime-riddled Lahore streets, oozing the dread of an unforgivingly depressional period, film appears to be capturing the essence of saga effortlessly, acting is up to par, language is strong as it should be for an incredibly dark source material adaptation, mixing of Punjabi and Urdu is a nice touch showing authentic Lahori linguistic aspect, even though the promotional footage presents titular antagonist loud and psychotic compared to actual calm and calculated psychopathic version, it can be foregone as need for heightening dramatisation elements, which is a common practice even in multimillion dollar projects.

There are some concerns though, maybe the trailer didn’t depict film’s true scope but from what was shown, it looked shot with reasonable budgetary constraints, production value emulating a television series, although just notch above. Yasir Hussain’s Joker-esque Javed Iqbal portrayal has been discussed already, still it’s massively important to mention, should it go wrong, it’ll be delving into unintentional comedy territory, tanking the movie along. Now, onto the biggest concern, a blatant one, which isn’t the scarcity of gore, great psychological slasher thriller movies can be done using minimal gore, the concern we talk of is Ayesha Omar’s rather questionable casting for main lead opposite Yasir, as the investigating protagonist, her character is audience’s view at unfolding of events, it is supposed to resonate to them on personal levels in order for them to be properly invested in witnessing the gruelling experience. 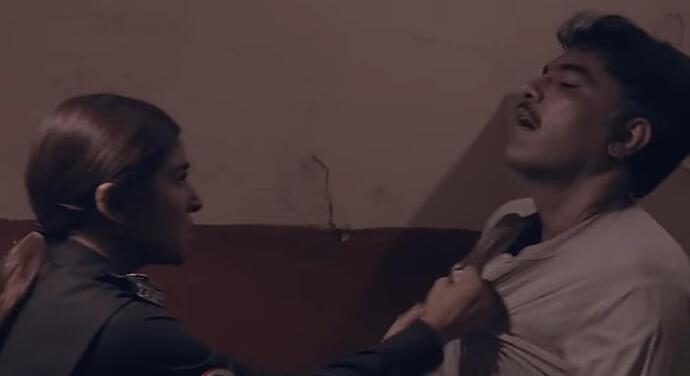 Unfortunately, the actress doesn’t have required range, the capability to adequately emote in serious, dramatic roles, she is known for comedy, but to call a spade a spade, her comic work too has been strictly mediocre. Like it is said, a chain is as strong as its weakest link, Omar’s character being weakest link of trailer doesn’t emanate any hopeful ambiance, but for optimism’s sake, let’s be hopeful that come tomorrow, on film’s release, she manages to subvert expectations like the trailer itself.