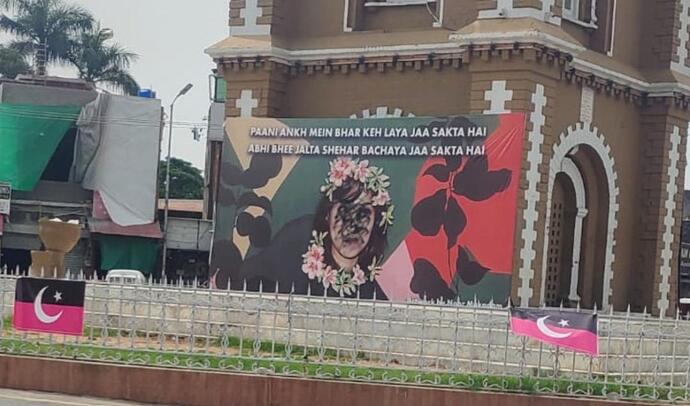 Noor Mukadam, the 27-year-old victim of savage homicide, where she was tortured for hours with a knuckleduster, stabbed and decapitated by her disgruntled lover over alleged “infidelity”. Her mural in Ghanta Ghar Chowk, in Saddar area of Iqbal’s city, Sialkot, read;

Meaning it’s not too late, the women of country can still be made safe with undertaking of required measures. That mural has been destroyed by spraying black paint all over in a despicable act of vandalism. It was created by victim herself before her untimely demise, only her image was printed onto it by respect payers. 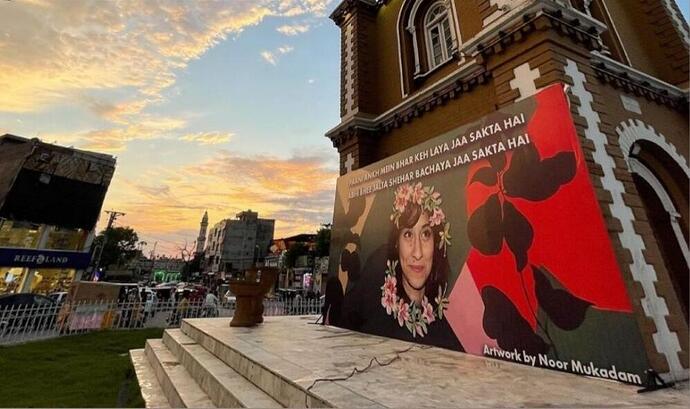 A wide radical section of Pakistani populace thinks it was Noor’s fault for having been in a relationship out of wedlock, they attribute the cold-blooded slaying as a direct result of her “immoral character” and pre-marital relationship with Jaffer. This reasoning is said to be the main motivation behind this crime incident.

Victim-blaming isn’t a new concept err… misconcept in our society. In fact, it is as old as the society itself. And that is the most hurtful thing, the society has come this far covering hundreds of years of its evolving, our way of thinking but, thanks to our reluctance, refuses to evolve alongside. It sticking in olden times is costing us dearly in present times. The crime of staining the mural is just a representative of our morality stained with bigotry.

The murderer shortly after crime, caught trying to flee country 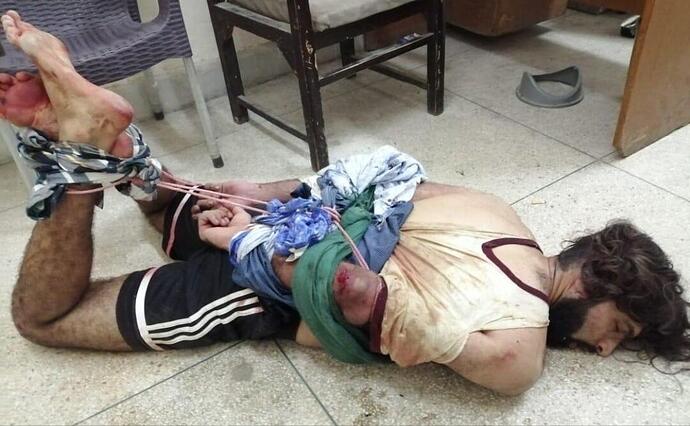 Police haven’t initiated any investigation, let alone apprehending the vandals, for they have more important stuff to take care of than investigating a defaced poster. If only they realised the greater context, if only they realised this defaced poster reflects our defaced inner selves, totally devoid of empathy and full of horrendous biases, then maybe, that would have sprung them into action.