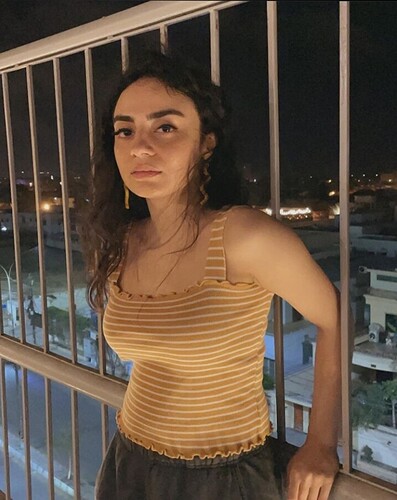 IMG_20210311_130122716×900 122 KB
Tv actress Meherbano who is seen in Khuda aur mohabbat 3 recently says that she supports Homosexual rights. Recently a video of the actress was circulated on the internet in which she was attending Aurat March and a media person was interviewing her when she said that:
As you’ve seen our banner “Mera jism meri marzi” it means that we also support homosexual rights.
She also said that:
Mujhe lagta hai 2 mardon ka pyar karna bilkul ghalat nahi hai.( I don’t think it’s wrong if men love each other)
The host further asked her:
Kia apko lagta hai ye jaiz hai?(Do you think it’s permissable?)
To which she answered:
Jee mujhe lgta hai yeh bilkul jaiz hai.(Yes I think it’s absolutely permissable.)
Now this tells us that where our society is going. The thing which is completely Haram in our religion is supported by these actresses and there’s no one to confront her. Fighting for the rights of women is a different thing but supporting these things is non acceptable.
It’s high time that we should atleast boycott these things and strictly take stand against them. The tradition of adopting the western culture is increasing in our society but we should act as an Islamic society because there’s nothing more important than our religion.
Tell me what do you think of this situation and what should we do to stop these things in the comment section.
14 Likes
Sidra_Rehman March 11, 2021, 8:42am #2

Quran states it very clearly why “Qum e lut” was punished . There are clear verses in Quran stating. This incident and clearly tells us what was there major sin and even if after reading these verses one says that he/she is in favor of this sin . Then May Allah protect us all … Even though I am not that good in Islamic knowledge . I know that there are atleast 3 Surahs in Quran that

Yes! It’s completely haram in our religion and shouldn’t be supported at any cost💯

Homosexuality should not be supported at any cost. It’s haram!
Homosexual people should be discouraged and punished rather than supporting them.

…you know she is a jolly kinda person…

No! It was a serious interview. She also talked about other rights of women. It wasn’t a joke clearly.

The whole nation of a prophet was cursed and destroyed because of this shameful deed!

Not only she, but also many of the youngsters support this shameful act. It is contemptible from every angle. Don’t know why the west has had such a profound effect on the minds of youngsters that they forget their religious teachings and support the so-called progressive and liberal movements.

True! We should definitely not adopt the western culture.

Yeah, you are absolutely right.

yesss we should stop these things