Two ostriches run rampant on the roads of Lahore 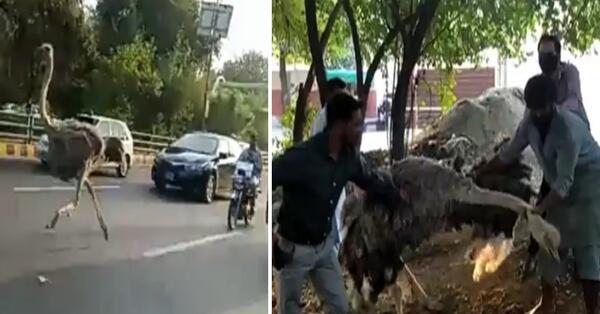 Two ostriches were sighted on Lahore’s Canal Road this Monday in a strange happening, they raced along the ever-busy route in sheer anxiety of concrete jungle they had been exposed to from their natural habitat. That habitat is yet unknown, no one stands aware where the big birds escaped from after Lahore Zoo reported none of theirs missing, biggest probability is ostriches came from one of the umpteen custom zoos built on farm houses that are abundantly found in suburbs of Punjab’s capital. Though it could very well be a case of someone in city keeping them pets, legally or illegally.

Anyway, once in urban world, one of the frightened escapees escaped the lookers’ sight too, leaving observers and rescuers with only one, who, not to mention gave chasers a run for their money with his Usain Bolt-esque running skills (72 kilometres per hour average speed, more than a cheetah’s). But akin to the climax of high-voltage car chases we’ve so gotten used to seeing in action films, the uncatchable animal was finally caught, however, he didn’t go to prison like the movie antagonists normally do when pursuit ends. Instead, he was strangled and killed! 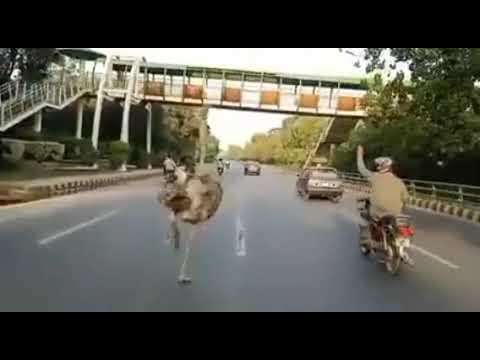 Yes. That climax will come as a genuine shock to hundreds reading this, propelled by the burning question “Why strangle someone to death when you finally succeed in rescuing them?” The answer is simple; Neem hakeem khatra e jaan.

The untrained rescuers held the ostrich by neck using such brute force that it squeezed its windpipe, resulting in its untimely, tragic demise.