Ultralight helicopter made by two brothers in Peshawar 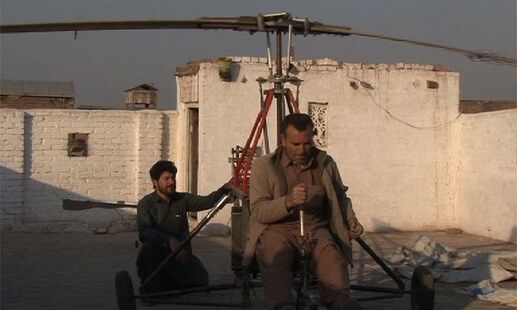 54ce220e3c361800×480 67 KB
Two brothers from Peshawar , Qazi Sajjad Ahmed and Qazi Tufail Ahmed have built Pakistan’s ‘first’ ultralight helicopter . The two brothers , who belong to Landhi Arbab, a village on the outskirts of the provincial capital, have demonstrated its capability through a successful lift-off.
Qazi Sajjad Ahmed said, “I had watched a James Bond film in 1978, which inspired me to design an ultralight aircraft.”
In 2005, I had submitted a request to the Prime Minister for financial assistance for accomplishing the feat, which was forwarded to the Pakistan Army. I received a letter from the ministry of defense production and was subsequently interviewed by a major.
Sajjad told that the helicopter has been built at a cost of over Rs 1.5 million and can fly up to 6,000 feet.
He further said that it can also be used for aerial spraying. While the government acquired special aircraft from Turkey to spray pesticides on locust-infested areas, his helicopter can do so at a cheaper cost. 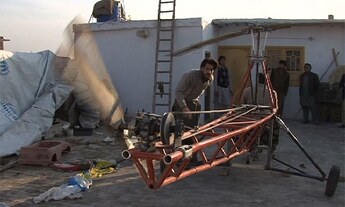 54ce220e3e0e0800×480 76.1 KB
The aircraft has been registered with the Pakistan Civil Aviation Authority (PCCA). Tufail, who is a professional pilot, has requested for government support to bring further improvements to their aircraft.
The two brothers started struggling from 1978 to make an aircraft, finally succeeding after installing a car engine to make the ultralight helicopter.
The two brothers have also applied for making a club where they hope to teach the technology to students.
Tofail however complained that the provincial government was not taking interest in leasing land required for the club, further stating that the bureaucracy of Khyber Pakhtunkhwa was creating hurdles for land requisition.

Helicopter Made By Peshawar's Citizen

Talent is not the issue… Implementation is… Great work

… And thanku Samra for sharing such an intresting and heartthrobing news

Keep writing up samra. Proud of you my bestoo

Yeah proud of them