Unmarried daughters to receive the pension of both parents 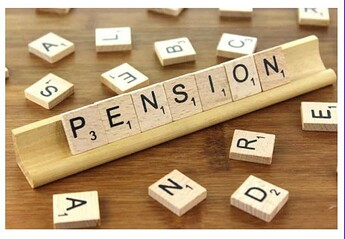 IMG_20210319_2308391025×713 181 KB
The Supreme Court has decreed that a single, unmarried daughter is enacted to receive the family pension of her father and mother simultaneously after their death.

A two-judge bench of the Supreme court comprising Justice Manzoor Ahmad Malik and Justice Syed Mansoor Ali Shah heard the case.
“The right to pension has constitutional importance. It draws its strength from the right to life or the right to livelihood under Article 9 of the Constitution. It is vital to relish that both the parents of the respondent (unmarried daughter) provided the best years of their lives to government service with the expectation to obtain a pension upon retirement and to leave a family pension for their children upon their death, liable to the lawful disentitlements under the Rules. Depriving the children of civil servants of their family pension based on an unauthorized and unlawful clarification by the Finance Department (Punjab) offends the right to dignity of the deceased civil servants who were assured under the law that they and their children will enjoy the security of pension upon retirement,” explained a six-page judgment penned by Justice Shah while rejecting Punjab Finance Department petition against the Lahore High Court which had ruled against it on the same matter.

Being unmarried, the respondent was continuously drawing the family pension after the passing away of her parents till she was informed through August 10, 2016 letter by the Punjab accountant general that she could not draw the pension of both the parents simultaneously but of only one parent.

Likewise, she was asked to deposit a sum of Rs1,941,631 into the government treasury on account of the pension unduly received by one of her parents.

The background and the purpose for the issuance of the letter and notice to the respondent was the clarification issued by the Punjab Government’s Finance Department dated September 11, 2015, whereby Punjab Civil Services Pension Rules, 1963 were clarified, wherein it was noted that the matter had been assessed and it was observed that a monthly family pension being received by a person is construed as a regular source of income. Therefore, such a person is not entitled to receive another family pension.

Justice Shah while authoring the judgment noted that the clarification suffered from multiple constitutional and legal defects.

The court also said that the impugned clarification in the year 2015 could operate retrospectively and adversely affect the right to a family pension that had accrued to the respondent on the death of her mother in the year 2006 and the family pension she had regularly drawn since then.

The court observed that the pension of respondent Kanwal shall continue strictly by the Act and the Rules, while the impugned clarification dated September 11, 2015, was struck down as being illegal and unconstitutional.

“The respondent will, however, be disentitled from drawing a pension, when she is married or acquires a regular source of income on her own, regardless of the family pension received by her,” the order said.

Pretty good decision has been made of course!!!

Wow! Some very good decisions are being made