Video of a Drunk Karachi Cop Lying by Roadside has Gone Viral on Social Media. Aren't They Breaking the Law?

A bizarre incident took place in Gulshan Chowrangi Karachi where a police man named Zeeshan Baig was found lying on roadside. He lost his conciseness due to excessive drinking of wine and the bottle was also found near him.

After the video went viral on social media, a thunderstorm of questions from people was raised. They were asking that if police cop are doing this then what you can expect from other people. If police is breaking the law then how can you expect from a citizen to follow-up the rules and laws? 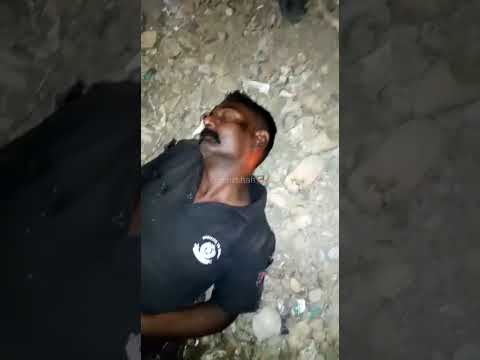 To be honest, most of the time police men are seen taking bribe from the people. But this kind of cheapness is not acceptable at all. Now they have reached to this level? Disgusting!

Apart from that, police cop was arrested by Gulshan Police and a case has also been registered against him. But this solution wasn’t worth a hill of beans. These kind of police cops are rotten to the core and they should be immediately suspended.

What do you think of this? Let us know in the comments section.