Viral video of Pakistani husband teaching his wife how to ride a bike wins hearts. Haven't seen it? Have a look

We rarely see women riding a bike in Pakistan. While most of the men suppress women in their households. We caught sight of a rare thing that melted our hearts. A husband was teaching his wife how to ride a bike while the sons were cheering their mom. He was encouraging his wife to be independent in this cruel world.

For countries like ours, a woman riding a bike in public seems a fairytale. Pakistani society is dominated by men. When women get a chance to hang out, they usually sit at side saddle and backseats.

In the above image, you can see a husband who is teaching his wife how to ride a motorbike. Meanwhile, their kids are cheering their mother. A rare sight, Isn’t it?

Normally, women in Pakistan are criticized for involving in such activities. They are considered a threat to other women of society. What you see in the image above is the act of women’s empowerment.

Taking to Twitter, a random user shared a video of this happy family. Have a look at it.

@KanzaJaved
I saw the best thing today. A husband was teaching his wife how to drive a motorbike while their little sons, frolicked, cheering their mom. Chooti chooti khoobsurat khushiyan. https://t.co/DTbM9G1fbE

It is an amazing sense of achievement because it will encourage other women to muster up their courage. Riding a motorcycle not only does makes women independent but also makes them feel brave enough to drive and walk around within the public. 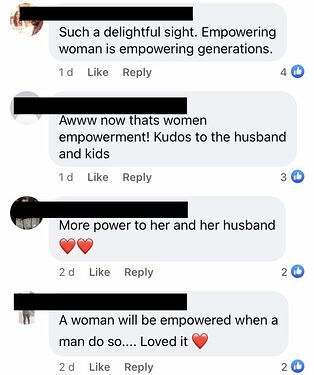 We all need such men in society. 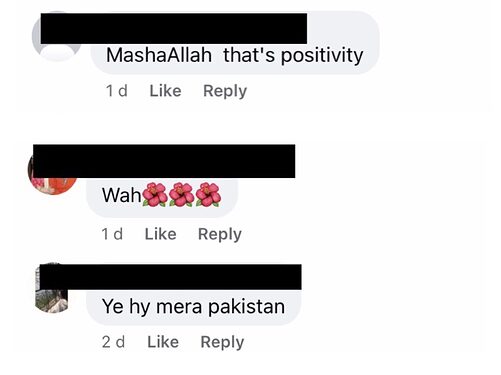 This video is an indicator that change is the law of life. If we want to compete with the real world, we have to embrace changes. A small, yet significant portion of society is encouraging women’s empowerment. These women are breaking stereotypes and becoming a source of motivation for others.

What do you think of this story? Want to add something? Let us know in the comment section below.

Indeed! A perfect example of women’s empowerment.
May Allah bless her and her husband!

How happy they are. Such activities should be encouraged to motivate others too. In a world full of negativity. It’s a light of hope.
Thumbs up

to the husband, who is actively participating in becoming a role model for his wife.

Allah (SWT) says, “And one of His signs is that He has created for you, spouses from among yourselves so that you might take comfort in them and He has placed between you, love and mercy. In this, there is surely evidence (of the truth) for the people who carefully think.” (Surah 30 , Verse 21)

He is becoming a role model. In today’s Pakistan, women are driving scooters and cycles in Universities. But it should be encouraged nationwide.

I have seen so many examples of women riding cycles in university zones.

In a world full of negativity. It’s a light of hope.

Second to your words

It’s much appreciated and should be promoted