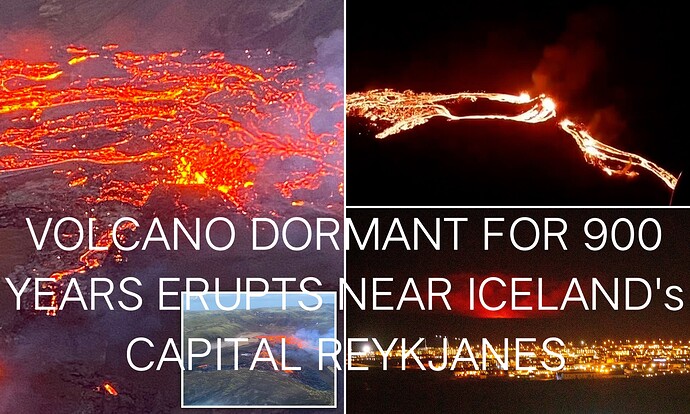 Eruption on Reykjanes Peninsula poses no immediate danger to people, authorities say,
a volcanic eruption began in Southwestern Iceland near the capital Reykjavik following thousands of small earthquakes in the area in recent weeks, the country’s meteorological office said, a volcano that has been dormant for 900 years erupted near Iceland’s capital of Reykjavik on Friday. 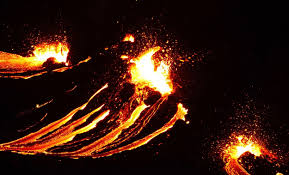 The eruption occurred near Fagradalsfjall, a mountain on the Reykjanes Peninsula, around 30km (19 miles) southwest of the capital, shooting lava high into the night sky after thousands of small earthquakes in recent weeks. 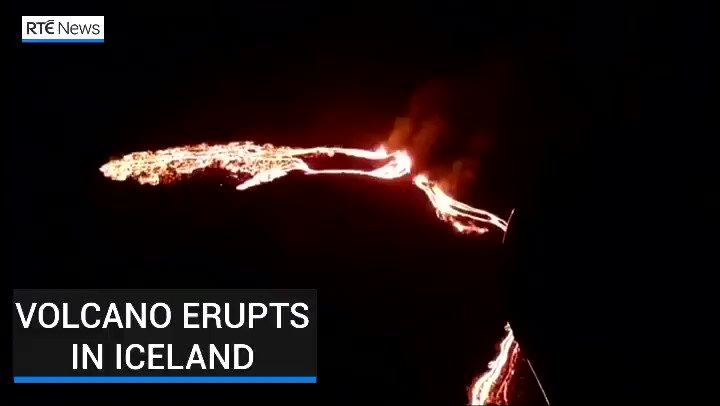 A volcanic eruption began in southwestern Iceland on Friday following thousands of small earthquakes in the area in recent weeks 🌋 https://t.co/z6BELNUq2t

Residents in the town of Thorlakshofn, east of the eruption site, were told to stay indoors to avoid exposure to volcanic gases, Iceland’s Department of Civil Protection and Emergency Management said.The source of the eruption is a large body of molten rock, known as magma, which has pushed its way to the surface over the past weeks, instigating the earthquake.