War in India between monkeys and dogs - Monkeys kill 250 puppies 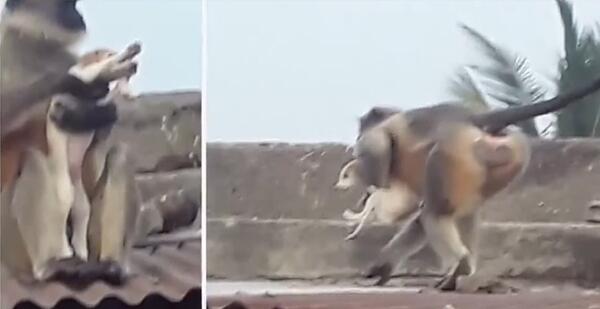 An army of monkeys, hell-bent on having vengeance for the death of one of their own at canines’ hands (paws), pitilessly attacked their young ones, throwing the pups from profound heights to their death. The onslaught came in aftermath of a baby monkey’s savage mauling by street dogs’ pack. As reported, 250 dogs in their infancy had been killed amidst retaliatory assault, mounting the death count of both sides to a staggeringly disparate ratio of 1:250. 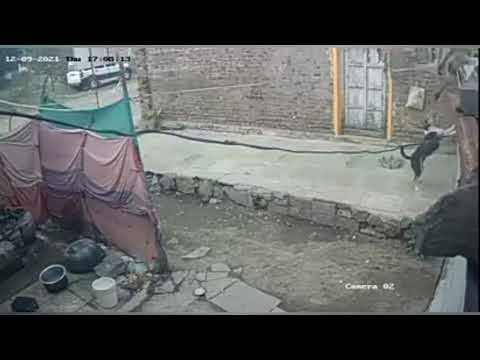 Lavool village, Maharashtra, the conflict place, has had its whole population of puppies wiped out clean, locals apprise the blood-thirsty monkeys have now focused their attention on children villagers (Planet of the Apes wasn’t fiction?).

Even though the village residents timely informed Forest Department, they haven’t caught any rabid arthropods ravaging Lavool village in their bid to create Planet of the Apes 4 when the series is just a trilogy that ended in 2017 and no remake, reboot, or spin-off has been greenlit by Disney. Forest Department should wake up and put a full stop to this monkey business lest the saying ‘monkey see, monkey do’ comes true; that is the world domination plot once 5000 Lavool population gets dealt with.