What is the option left after removing me - PM's meeting with Dr. Shahid Masood 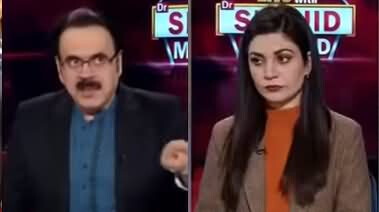 ISLAMABAD: Senior journalist Dr. Shahid Masood while describing the meeting with Prime Minister Imran Khan has said that the Prime Minister is completely calm while he said what option is left after removing me.

Dr. Shahid Masood said that Prime Minister Imran Khan had directed his ministers and advisers to present the facts to the people, but people would not listen to his team, which was largely due to the large number of ministers supporting the opposition. The main reason for this is that a large number of ministers do not know how to deal with the opposition, while corruption scandals of some ministers have come to light in the past. The analyst also advised the Prime Minister to communicate directly with the public.