What other days are celebrated on 23rd of March

Pakistan Day
Pakistan Day is also known as Resolution or Republic Day of Pakistan. It is celebrated on March 23rd every year and a public holiday is announced nationwide. On this day in 1940, the declaration of independence of Pakistan was presented and it was written and prepared by Muhammad Zafarullah Khan. Later on the same day in 1956, the first constitution of Pakistan was adopted and made Pakistan the world’s first Islamic Republic.
Martyr’s Day
In India, 23rd March is declared Martyr’s day owing to the deaths of great freedom fighters Bhagat Singh, Sukhdev Thapar, and Shivaram Rajguru. In 1931, three of them were executed by hanging in Lahore. They are looked upon not only in India but also in Pakistan because they fought for the rights of the people of the subcontinent and laid their lives for them.
Bhagat Singh: Common Hero of India and Pakistan
World Meteorological Day
Every year on 23rd March World Meteorological Day is celebrated. It commemorates the coming into force on 23 March 1950 of the Convention establishing the World Meteorological Organization. It aims for the wellbeing and safety of society. The themes chosen for World Meteorological Day reflect topical weather, atmosphere, climate, or water-related issues.
Puppy Day
Established in 2006, A National Puppy Day is observed in the US every year on the 23rd of March. This day aims to celebrate the unconditional love and affection that puppies bring into human life. The need to celebrate this day is also to bring awareness among people to care about the homeless puppies. Puppy Day was established to make the world conscious about puppy mills and how to go about adopting. 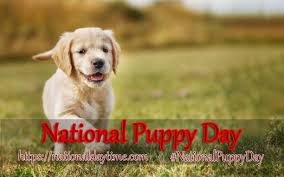