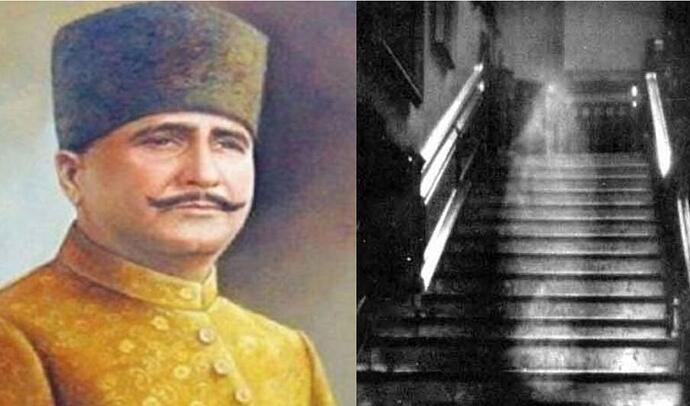 Allama Muhammad Iqbal, the national poet of Pakistan, who first imagined it as a separate Muslim state, saw its dream. But his son, Justice retired Dr. Javed Iqbal (late) saw the exact opposite of it. He didn’t imagine any new state, instead he saw something very different, something very unique, something Allama Iqbal never saw in his entire life; A ghost. Of a church pastor. In the middle of the night. While drenched in sweat from head to toe.

Dr. Javed Iqbal (left) in his youth, right around the time the event occurred 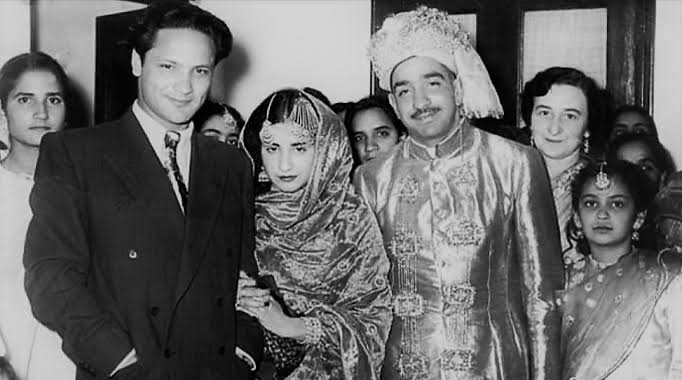 The account goes like this, after the death of Allama Iqbal, in the last few years leading to independence, Javed Iqbal sb. went to Shimla, where his deceased stepmother, Iqbal’s second wife, Mukhtar Begum’s cousins had their own mansions. He once stayed with his friend in summer, at one such mansion called Hydeville, which was termed “heavy” (haunted) by the locals. There used to live an English pastor, who was brutally murdered inside the mansion. It was said his spirit came there every Sunday, and when it did, the whole house trembled like in a bone-jolting earthquake.

Justice Javed Iqbal was a rational person, who never paid heed to paranormal existences, and it was upon his insistence he and his friend had decided to sleep in the supposedly haunted domain. Sometime past 11 pm, both heard the creaking on the house’s wooden floor as if produced by a person’s walking, after a little more time, continuous knocks on their room’s door fully woke them up, as per his detailing it seemed the door surface was being hit with a stick and an eye-blindingly bright light emerged from behind, it was brighter than the daylight. It would have been possible to create this effect with a car’s headlights but Justice Javed adds, bringing a car up the hills to where we were staying was impossible, there’s no margin of doubt in that.

Hydeville these days, looks as if nothing has changed, except now the vehicles can be driven up the hill

In his own words, “I saw a person in a black gown and a hat behind the glass of the door. Aziz (the friend) who was sleeping closeby, was shaking terribly out of fright that overwhelmed him. In his broken words, stammering with fear, he told the person out of their sight, “Yes your highness. Come in, come in please. I open the door for you, sir. Please, come in”. Saying this, he jumped out of his bed throwing aside the blanket, ran to the door, and opened it with shaking hands. And just like that, it went quiet. Everything including the light, the reflection, the knocks, the shaking, disappeared into thin air as if it didn’t exist and what we saw was a lucid nightmare”. 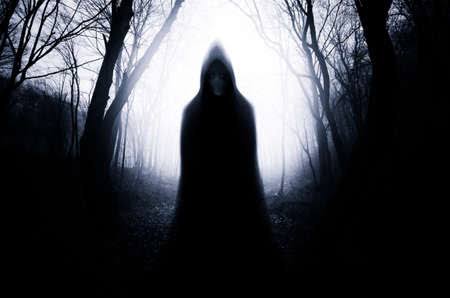 Now, I myself am an unbeliever when it comes to ghosts and supernatural entities roaming the earth, but one thing I could say with unshakable confidence about Dr. Javed Iqbal is, like his father before him, he was an upfront person of extreme honesty and integrity, those who have followed his life know he is the last person you would think of when it comes to lying. It is probable he hallucinated or someone pranked him given the spooky reputation of the mansion he was staying at, but it’s improbable he made it all up. Especially when he practised and advocated scepticism vehemently.

This remains the only instance when he encountered a ghost directly, in two other instances he claimed of sensing the spirit presence, shortly after that someone he knew died, while in remainder two, he was told paranormal experience accounts by others, one of which sounds borderline hilarious as it includes Allama Iqbal’s ghost trying to choke the guest to death, who slept in his room after he had passed away. 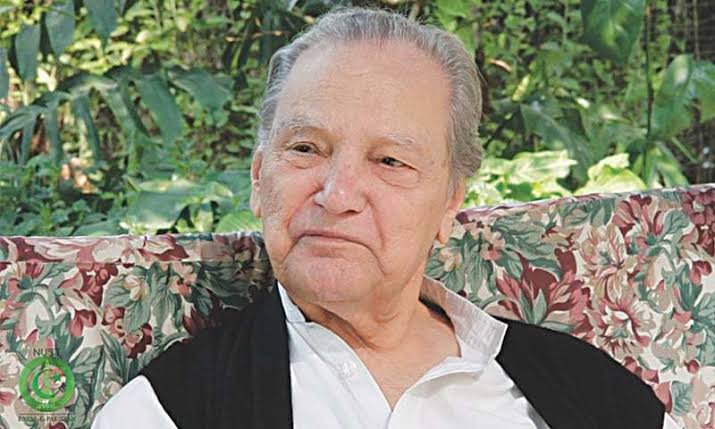 Whether we believe or not in these anomalies defying logic and established laws of science, we shouldn’t subject people to humiliation by poking fun at them for merely speaking about such occurrences. Why is that? It is because we don’t know everything about our universe, beyond the certainties and uncertainties we are familiar with, there lies unknown.