Which Angry Bird Are You?

Anger is an emotion that is a natural reaction to an upsetting situation.

It is common for people to feel angry and retaliate with unreasonable actions such as saying things that they may not mean just to hurt the person that caused them to feel the anger. In turn, this can lead to that person’s relationships breaking down and having to apologize and repent for their actions.

Although it is good to make an apology when it is required, it is better to control your emotions and respond to an angering situation with thought and judgment.

Why Do You Get Angry?

Everybody feels anger for a different reason. For some, it could be a response to fear and for others, it could be feeling powerless to a situation. The cause of anger is personal and that is important to remember. Nobody can truly understand what another person is feeling without walking a day in their shoes.

How Do You Overcome Anger?

Whenever you find yourself in a situation that makes you feel angry it is often a very sensible idea to remove yourself from the situation, take a few deep breathes and think about the situation logically and rationally.

By doing this you can prevent yourself from lashing out with unreasonable actions that hurt your relationships in the long term. Some might say that it is easier said than done, if this is you then remember that nothing is impossible.

On a lighter note, let’s see why these 9 birds are angry ; 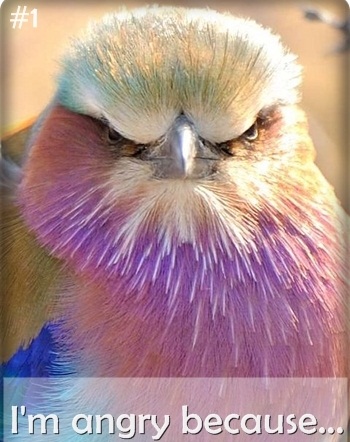 I’m angry because of my beauty. People share my pictures without my permission on their social accounts. 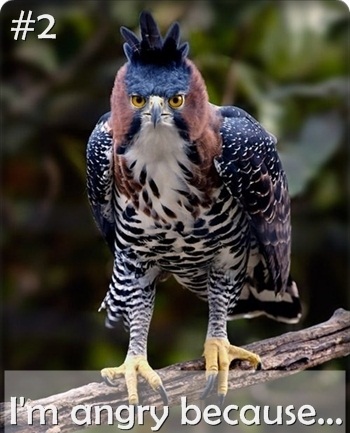 I’m angry because of my look that people don’t like my photos. 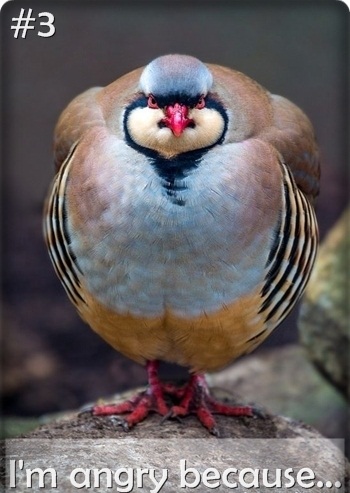 I’m angry because of overweight. I can take only selfies. I’m angry because of being lovelorn. And my beloved one has left me.

I’m angry because sometimes I prefer solitude and my friends chase me wherever I go. 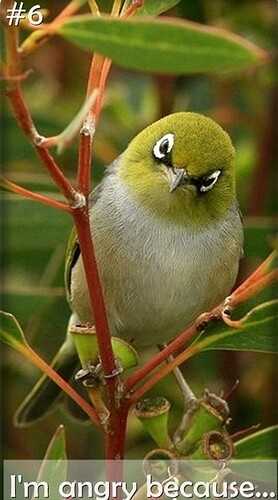 I’m angry that I LOOK like angry because of my eyes, otherwise I’m not angry. 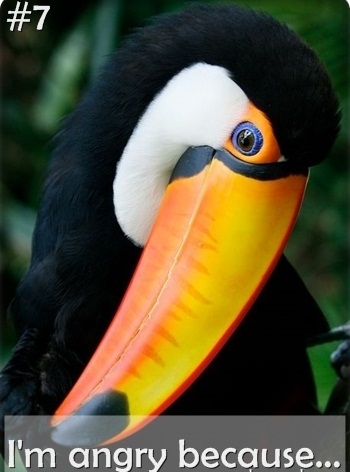 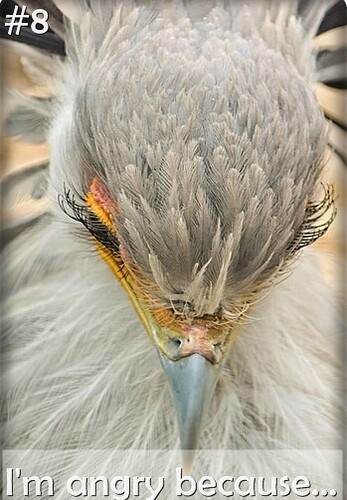 I’m angry because I have a shy nature. And people think I’m rude. 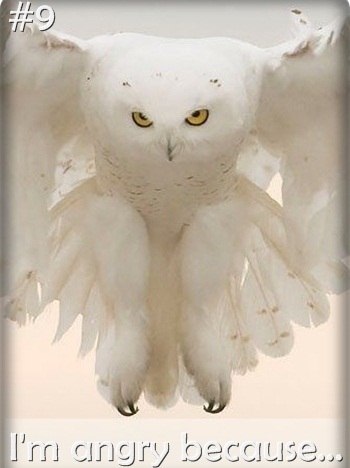 I’m angry because doctor prescribes me to go to bed early at night. Look at me I have no dark circles.

So which angry bird are you?

I have never been angry on my beauty, my look , my overweight … I usually become angry when no one understands me …

The sixth and the eighth one​:sweat_smile: this post is informative and cute at the same time​:heart:

Thanks for the kind words Leeza