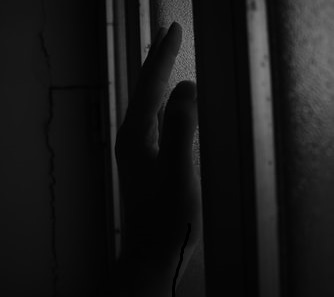 In a devastating incident in Lahore, a woman was allegedly lured in for an interview to Mir Chowk, Raiwind Road and then raped. The FIR for the incident was registered on the 16th of August, in which the survivor narrated the following story. The victim was in General Hospital, Lahore in order to purchase some medicines when she initially met the suspected perpetrators of the crime, named Irfan and Farman. The two asked her if she was a doctor by profession, to which she replied that she was not. She was then asked by the men if she was literate, to which she also replied no, and added that she was, however, in search of a job.

The alleged perpetrators then took the survivor’s contact number and contacted her a few days later, asking her to come to the site of the crime for an interview and to bring Rs. 140, 000 along with her. Upon reaching the site with the money, she was told that the person she was to meet for the interview was waiting for her inside a house. She went to the house, where she was held hostage by the perpetrators, robbed and then sexually assaulted.

The FIR further states that the perpetrators of the crime also recorded the scene and threatened her that it would be made viral if she dared report it to anyone. She was then allowed to go, after which she reached the chowk and contacted the police.

Incidents like these make you wonder, where is our country headed? Are the men of our country so devoid of a conscience that they would exploit a vulnerable human being merely trying to find a way to earn a living? One thing for sure, rape is not an act of practicing lust. It is not a consequence of sexual attraction. It is a means of exercising control, of establishing dominance and of knowing that you are immune to the grip of law. Here is to hoping that the women and children of this country find peace and security in their homeland and every single perpetrator of such horrid crimes is penalized.