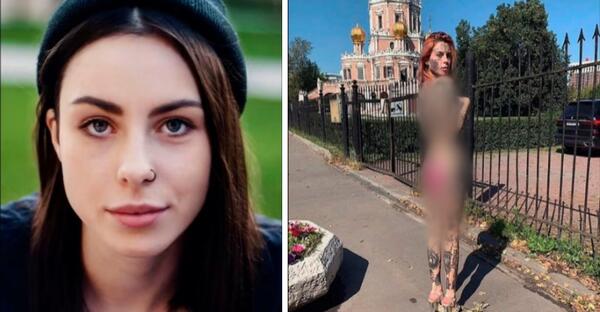 It does not matter how great the freedom gets bestowed upon a nation’s populace, some things still remain too consecrated to be in the collision course with those freedom privileges, like things such as certain religious affairs. It might not be wholly true everywhere, but if a person observes keenly, they find the fact’s inherent presence in some shape or form, in every part of the world.

The Russian internet star, Miss Polina Murugina, aged 24-years-old, has run headfirst into legal distress after having her birth suit photographs snapped outside a church - The Church of the Intercession at Fili, Moscow.

Lady accused of hurting religious feelings has deleted her Instagram - The hurtful image is said to have been taken last year, it just became public now 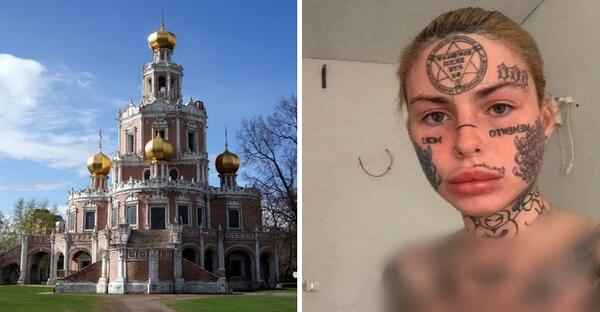 Polina, a passionate tattoo enthusiast, had been wearing nothing but high heels throughout her controversial photoshoot, a measure that’s being labelled a publicity stunt, a failed shot at fame by the courtesy of controversy. Now, Miss Murugina probably is not in the good graces of Christians and definitely is not in law’s. Owing to her self-sourced desolation, she’s being investigated for hurting Roman Catholic Christian community’s religious sentiments, she could face a fine worth about 305,000 Russian rubles (722,500 rupees Pakistani) or 12-month jailtime in case declared culpable.

Seems like President Vladimir Putin’s December 23rd proclamation of insolence towards Prophet Muhammad (S.A.W) being irrelative to freedom of expression were not mere diplomatic honey-dipped words because lately, multiple instances depicting Russia’s curbings of faith derogation show it is believed with complete sincerity and commitment, thanks to country’s newly passed law offering religion practitioners the protection from verbal and non-verbal offences.

She looks like a doppelganger of actress Amar Khan. Too bad she ruin her face with tattoo

Good! These people do these things for purpose of incitement, make an example of them.