Woman chained by husband, hungry and thirsty for days, rescued from Gujrat 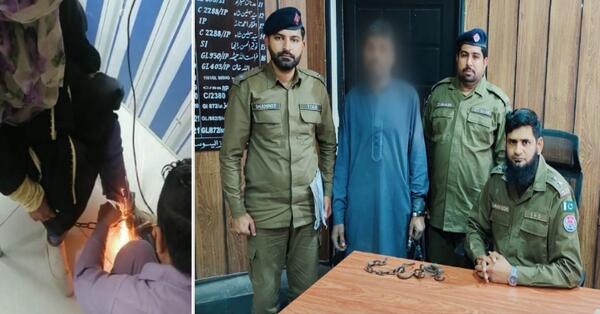 Punjab; A woman locked in shackles was saved and released from her husband’s captivity in Muhalla Sultan Pura by Civil Line area police. Captive is a mother of three, all conceived with her captor spouse, Mazhar Iqbal Malik.

Distressed woman, named Sumbul Fatima, had been made to starve and kept thirsty for many days until her liberation. 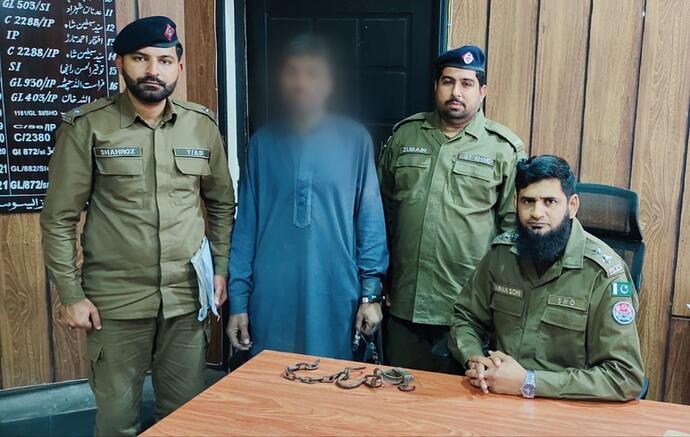 Gujrat Police SHO, Imran Sohi tells they received call on helpline from Sumbul’s cousin, Imran Ali, who narrated her ordeal and requested quick response lest it is too late. Force responded with timely action, dispatching rescue units post-haste, thus saving Sumbul and her infant daughter from clutches of adversity prior to any unpleasant transpiring. The sadistic husband, who also happens to be victim’s cousin (son of father’s sister), was arrested and locked up. He has an abusive past record, erupting into violent outbursts over domestic disputes, though he wasn’t reported to police before. 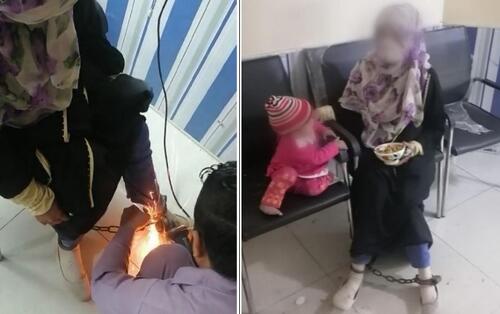 Tormented woman was fed and provided drinking water the first thing after rescuing whilst she waited for welder to arrive and break her free. Gujrati citizens have lauded police force’s remarkable work and wished the policing efforts to only become more proficient in coming days.