Women need to be listened to - Now more than ever 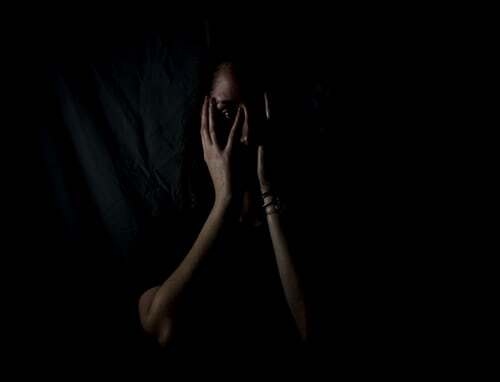 The past month has been absolutely devastating in terms of news regarding women. We have seen hashtags after hashtags trend demanding justice for one victim after the other. From Qurat ul Ain, a woman beaten to death by none other than her heinous husband to the more recent murder and subsequent beheading of Noor Mukaddam, it seems that we have found ourselves at a complete deadlock when it comes to improving the country’s circumstances for women. Yet every time we do hear women speak up, we find them to be talked over, belittled and blamed. No matter what the incident, there will always be a terrifyingly dangerous crowd of individuals with fingers to point at the victim.

“Udher kya kar rahee thee?” “Pehna kya hua tha?” “Zarurat kya thee ghar say nikalnay kee?”, are all phrases commonplace in such incidents even though the culprit is not the victim but the perpetrator of the crime. If it isn’t evident enough, all such occurrences have a multitude of variables- no one, whether at home as a “good, obedient, righteous woman” nor out, regardless of purpose, has been spared. The one common factor? They are all a consequence of an unhealthy patriarchal system.

Hate crimes against women are very systematic. They are bred by years- no- generations of enabling a toxic exercise of control over women and a lack of accountability. It comes down to the point where women are viewed as nothing but accessories to a patriarchal society, to be moulded according to their wishes.

You see, this enabling behavior- it starts young. It starts the moment a child is not held accountable for aggressive behaviour under the guise of “boys will be boys”. It perpetuates when teenagers objectify every woman in sight out loud without being called out for it. It propagates everytime men allow their peers to make derogatory comments or slut shame women without being told it is wrong to do so, even for the sake of humor. It perpetuates every time someone makes a rape joke and gets away with it in the name of dark humor. And finally, it perpetuates when the legal and political system fails us. It has failed us every time we have looked to the Prime Minister to make a responsible statement regarding the ongoing endemic of sexual abuse and he has chosen to call out women for it. It has failed us in the form of rejection of the Domestic Violence Bill under the guise of violation of so-called Islamic values. It fails us every single day when abusers are allowed to walk free all because of their financial and social standing. It fails us every year when the Aurat March is labeled as a fahash protest simply for standing up for everything a woman should have the right to as a basic human being.

This is no longer just a case waiting to be resolved. It is ongoing, systematic violence which needs to be promptly brought to a halt. Listen to the victims without questioning their motives. Encourage prompt accountability. Educate your sons and the men around you to be better and do better. We cannot afford to reduce any more women to a mere statistic in the news. On 25th July 2021, the Women Democratic Front is holding a protest at Islamabad Press Club to demand justice for Qurat-ul-Ain, Saima, Noor Muqaddam, Silsila Alikhel, as well as the survivors in the Usman Mirza case. I urge you all to go there. Raise your voice. Show solidarity.

May God make this country a safe space for women and all those who find themselves at risk. Ameen.

May God make this country a safe space for women and all those who find themselves at risk. Ameen.

Ameen to your words.

Certainly, concrete steps are needed to liberate women from the manacles in this partiarchal society.

Indeed! Starting from accountability under a stern and sure legal system!