The world’s first space hotel, called Voyager Station, is set to open to guests in 2027, transforming space travel from science fiction to reality. 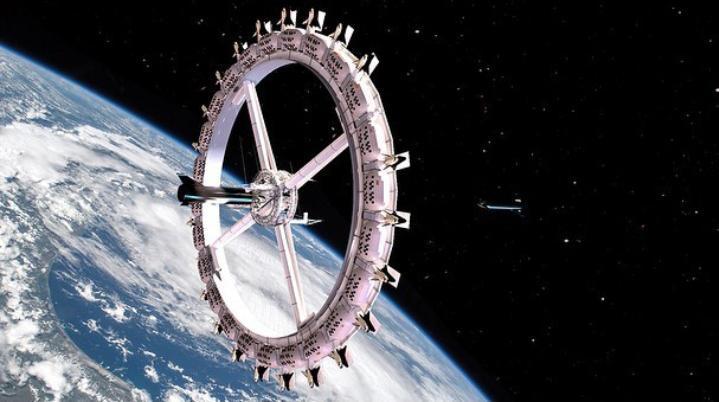 The Voyager Station will be a rotating space station that can generate various levels of artificial gravity by adjusting the rotational rate.
The station is built to serve industry, manufacturing, national space agencies conducting low-gravity studies, and space tourists who want to explore the new frontier in the comfort of low gravity while feeling like they’re in a luxury hotel. 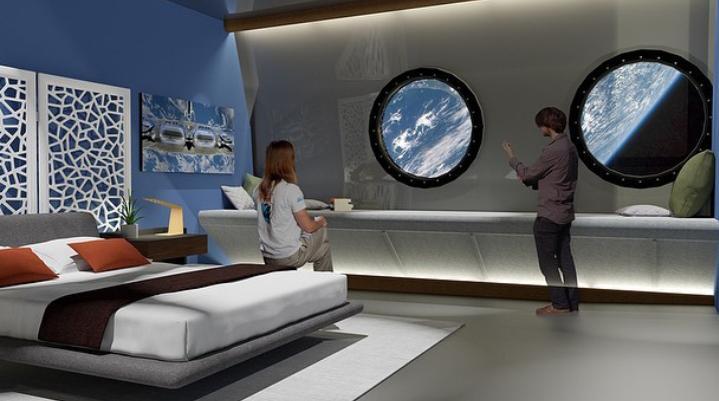 Voyager Station will be able to hold 400 people until it is completed, combining the comforts of Earth with the technology of space to create a one-of-a-kind experience. Guests will be able to use toilets, showers, and beds in a similar way to what they are used to on Earth due to the use of artificial gravity. Accommodations can be rented for a week, a month, or bought as an out-of-this-world holiday home. Cooking facilities, three bathrooms, and sleeping quarters for up to 16 people are included in the luxurious villas, which are 5,300 square feet in size.

A Gymnasium and Activity (GA) module that turns into a concert venue at night, a restaurant serving space classics like Tang and freeze-dried ice cream, and a sky bar with three window levels (that you can leap down if you don’t feel like taking the stairs-thanks to low gravity!!!) are among the other facilities of the space hotel.
The hotel will be constructed by Orbital Assembly Corporation (OAC) in 2025, with plans to open in 2027.

Wish to go there😒

I also wish to go there​:heart_eyes: