You have beard, then why did you mingle with transgenders? - Old man brutalizes labourer 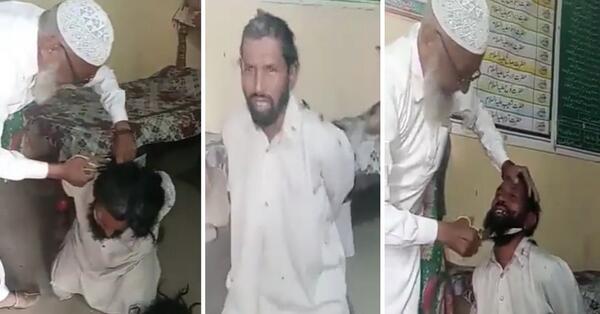 Toba Tek Singh, Punjab - Influential agriculture landowner and a peer (spiritual healer) Muhammad Jahangir Khan became judge, jury and executioner in a harrowing instance of fundamentalist justice on seeing his former peasant, Allah Ditta, dancing with transgenders and drag queens in a locally arranged ceremony. Allah Ditta was assigned to picking up the currency notes showered on dancers as a token of appreciation by spectators, Jahangir disdained Allah Ditta’s actions, deeming them insulting to Islamic faith and values because Allah Ditta sported a beard; an esteemed bodily appearance for it’s sunnah of Prophet Muhammad (S.A.W). 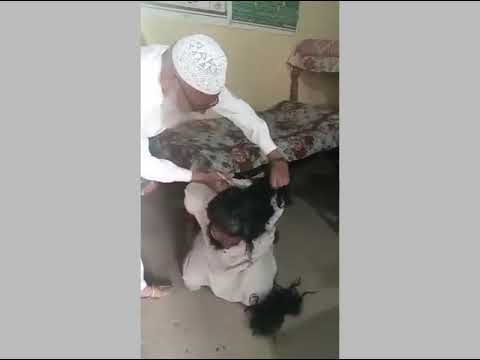 Intending to teach his former worker a lesson, old man Jahangir went to his brother Allah Yar’s domicile and told him to bring Allah Ditta to his Dera (an establishment built near fields where cattle are also kept), which Allah Yar obliged to. Once on site, Allah Yar, Jahangir and his son forcefully subdued the oblivious victim and tied his hands behind his back. Afterwards, Jahangir started cutting his beard and head hair with scissors, then shaved with safety razor to chasten him, reminding his disgraceful actions had rendered him unworthy of having the sunnah on his face, Allah Ditta’s pleas for letting him go fell on deaf ears and berating continued until Jahangir was marginally satisfied, all this while, his son Mazhar filmed the entire activity for shaming victim more later.

Allah Ditta was rescued by four locals who came to rescue when he began screaming for help at the top of his lungs, they begged Jahangir to free the captive, guaranteeing he wouldn’t be making the same mistake ever again in his lifetime. Only then did Jahangir half-heartedly let Allah Ditta go, otherwise, he had been adamant on making the punishment direr. All three abusers are in police custody, bail hearing is set for 07-11-2021.