The use of water is beneficial for our health we all know that.

But what happens if Cristiano Ronaldo the footballer tell you? 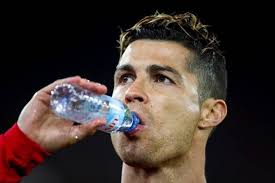 Coca-Cola lost $4 billion in market value
when during the Euro2020 press conference Ronaldo removed two Coca-Cola bottles from his vicinity and urging fans to drink water instead of soft drinks. 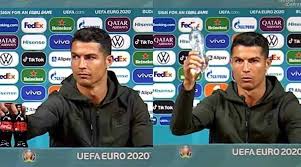 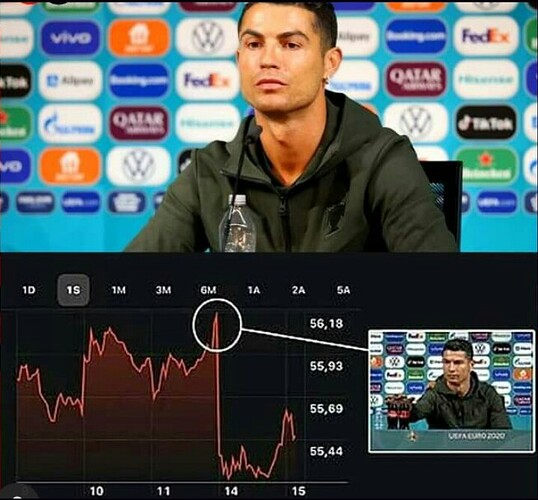 Coca-Cola responded to this by saying," Everyone is entitled to their drink preference.", and everyone has different “tastes and needs.”

And added," Players are offered water, A Coca-Cola and Coca-Cola Zero Sugar on arrival at our press conference.

Ronaldo is one of the fittest footballers in the world

Yes. That’s why he removed those bottles.