Youth wanted for making mockery of Namaz by dancing and laughing 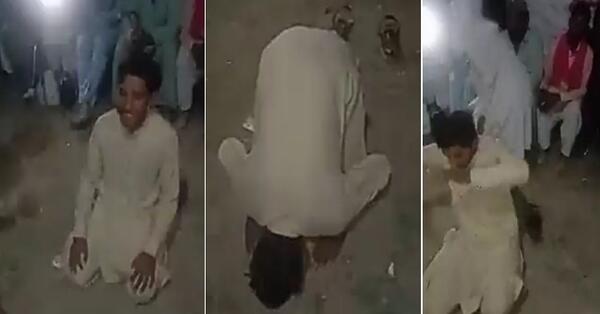 Namaz or as called in Arabic, Salah, is one of the five pillars of Islam, just like every other sacred religious obligation, it amasses utmost and unconditional respects of nearly 2 billion Muslims worldwide. Being a Muslim, one cannot imagine disrespecting it in any way inadvertently, let alone doing it on purpose, those who commit this sin aren’t believers at heart, but hell-dwellers masquerading as persons of faith.

One such masquerader, a youth in Southern Punjab province has hurt the sentiments of global Islamic community by dancing and laughing amidst namaz offering, sinfully treating the holy commitment like a joking affair for personal amusement. There were multiple people present on occasion, no one stepped forward to stop the tomfoolery, in fact it seemed to be a weird ritualistic gesture of some cult with nearby onlookers encouraging the blasphemers, even a man shaking percussion instrument. It is reported this outlandish ritual is a practice among malangs(materialistic world-quitting (oftentimes) carefree spiritual individuals who live at shrines of high-regarded religious personalities), and video clip’s focus, the youth, is an apprentice, a future malang in making. 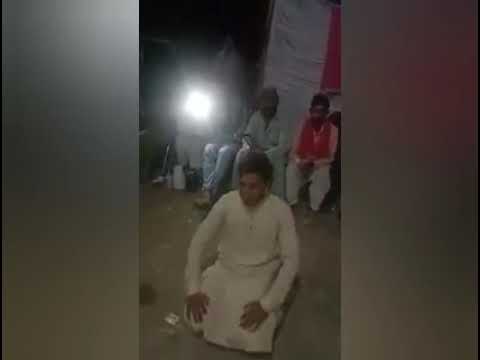 DG Khan citizen, Mr. Mohammad Asghar is pursuing the prosecution of mockers, he informed he has uninterrupted contact with RPO Dera Ghazi Khan (one of the cities suspected as the place shown in video, second is Muzaffargarh), Faisal Rana, and incharge of police unit tracking down crime location. He stated, “No matter what reasoning, a sacrilegious gesture like this is unbearable, an insolence of worst kind, deserving greater penalty than just verbal condemnation, I resolve to knock at the door of every court of country if need be to bring this grave offence proper closure, an exemplary consequence”.