"Zoom Fatigue" What you need to Know 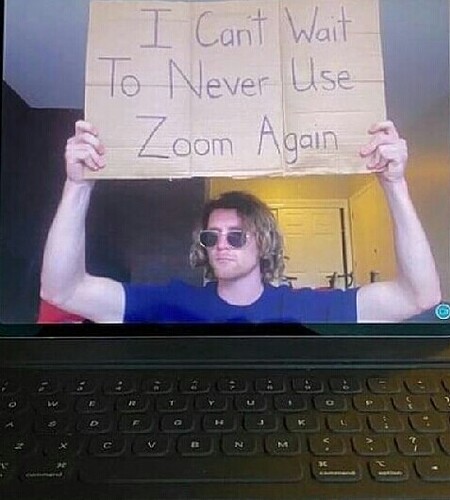 The global epidemic of the corona virus has had a profound effect on the lives of people around the world.
The Lockdown, which took place as a result of a global pandemic, not only affected human life, but also introduced many new and advanced technologies. Before the Corona virus, very few people were familiar with online communication applications, such as Zoom, Google Classroom, and Microsoft Teams, but the advent of Covid introduced these applications to everyone. Classrooms have been transformed into online classrooms and business meetings into online meetings. While these applications made things easier for us in difficult times and helped us in staying connected with our loved ones as well but like every technology has its pros and cons, these applications do have negative impacts and One of them is the zoom Fatigue.

Most of us have a laid back attitude when it comes to taking Online classes or attending meetings on online platforms. How strange it is that we do not have to travel or face the heavy traffic and we can work comfortably sitting at home, yet we still feel tired But we are not alone as many people’s are reporting the same experience which has now earned a name “zoom Fatigue”. Though this term can also be applied to the exhaustion we feel while using other video conferencing apps like face time, Skype and Google meets etc.

Bailenson also gave some solutions through which this Fatigue can be minimized and suggested the developers that the changes in the interface can be helpful for the users.

Causes for ‘Zoom fatigue’ and their simple fixes, Stanford News

this is so true.

Yess we all have gone through this

Oh god! finally someone said it. Brown parents would say stuff like pura din aram se bethi hui hoti ho zoom classes k liye phr bhi thak jati ho?
people who do not experience zoom fatigue would never understand how it feels like.
Very well explained! Liked the choice of topic too! Just a small constructive criticism… the phrase silver lining is used for an advantage that comes from a difficult or unpleasant situation. You have used it in the wrong context in the line

but like every cloud has a silver lining, these applications do have negative impacts and One of them is the zoom Fatigue

glad that you find it relatable and pointed out my mistake as well… jazakillah​:heart: